Quick New Year Resolution Suggestion | The Practical Disciple
Last night I attended a wedding reception and was talking to a friend who has a brain tumor.  She said she was Sally’s miracle.  I asked her what she was talking about.  She explained to me that Sally (the bride) picks one person each year that she is going to pray for every day for a year.  Wow, what an amazing New Year’s resolution that everyone of us could make.  Its hard to think of a reason why we wouldn’t  pick one person to pray for, for the year.  Who could be your miracle? 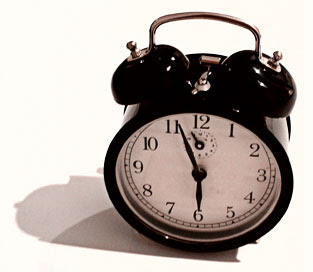 If you pray for someone daily for a year, set a prayer alarm.   I have one right now and it works.  At the end of November two friends, Nick and Ann, where killed in a plane crash.  They left behind three young daughters.  While I was not deeply connected with the girls, I was compelled to commit to praying daily for them and their uncle Davis for one year.  I set a prayer alarm on my cell phone that reminds me to pray for them.   I picked a meaningful time.  I frequently saw Anne around 3:00 p.m. when we were both picking up our children from school.  So that’s my time.  I also like the fact that I can picture what the kid’s are likely doing at that time.  From a practical stand point, I am often in the car by myself headed to pick-up my own children and am free to pray then.
Now that I have done this for a couple of months the alarm is largely superfluous; nevertheless, I keep it set.  The alarm initially insured that I never missed a day of praying for them.  Now I frequently pray for them 3 or 4 times a day.  They are grafted into my spiritual conscience.  I have never prayed for anyone else daily for a year, but I have set pray alarms before and used them for a couple of weeks to a month at a time.  I encourage you to select a meaningful time.  Sometimes I use some one’s birthday.  For example, if some one’s birthday is June 20th, then I set an alarm for 6:20.   I set an a.m. and p.m. alarm when possible.
The other thing you can do is to post the person’s name some place obvious.  For a long time I had a heart-shaped refrigerator magnet with the name of a child in our church for whom I was praying.  I will warn you though that I find myself quickly becoming blind to visual triggers.  My audio alarm tends to work better for me over the long haul.
So what do I pray for during those alarm times?  It depends on the need, but I usually keep it brief and very straight forward.  I will lift up a few words and/or picture in my mind vividly the person and the hope I have for them.
If you haven’t picked out a New Year’s resolution this is a good one.  If you are hesitating because we are few days into the New Year.  Get over it.  362 days of prayer or any other discipline is better than zero.
Next post, I will resume tips on transitioning well into the New Year.  We are going to look at letting go of things holding you back.  Happy New Year to all of you wonderful readers from The Practical Disciple
p.s.  A big thanks to Sally for her inspiring example.
Subscribe to The Practical Disciple by Email