An old oak stands half dead along my fence line. I’ve been considering cutting it down for a while. Every storm drops a few more limbs, some as big as small trees. Last year, I resigned myself to cutting off a few low lying, dead limbs. Until one day, I heard the staccato rat-a-tat-tat of a woodpecker ringing out from it’s branches. I held off to provide the woodpeckers a habitat for a season. 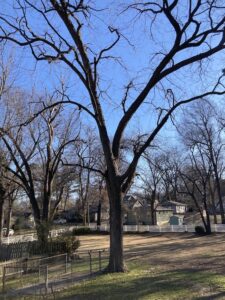 Today, I watched a squirrel scramble over that same dead snag and put his head in the woodpecker hole. It’s now obviously empty. I am trying to decide whether or not to cut it this season, before nesting gets into high gear.

As I ponder the nest, my mind goes to the tiny woodpeckers housed there last spring, so full of life –  growing, eventually stretching their wings and rising up out of that dead snag. The contrast of life housed in something dying is striking to me.

Our souls are not unlike those little birds. We enter a fleshly body which is as mighty and wondrous as an oak, and yet just as perishable. On Ash Wednesday, we reflect on the fact that from dust we have come and to dust we shall return. However, the promise of Easter, is that we shall move on from this body. We will emerge bright and glorious and full of life. We will stretch our wings and fly from a nest that we were only meant to occupy for a season.

“So is it with the resurrection of the dead. What is sown is perishable; what is raised is imperishable. It is sown in dishonor; it is raised in glory. It is sown in weakness; it is raised in power. It is sown a natural body; it is raised a spiritual body. If there is a natural body, there is also a spiritual body. Thus it is written, “The first man Adam became a living being”; the last Adam became a life-giving spirit. But it is not the spiritual that is first but the natural, and then the spiritual. The first man was from the earth, a man of dust; the second man is from heaven. As was the man of dust, so also are those who are of the dust, and as is the man of heaven, so also are those who are of heaven. Just as we have borne the image of the man of dust, we shall also bear the image of the man of heaven.”

How can knowing that you are perishable, help you value each day?

A Collect for Gratitude

Creator God who has graciously granted us a season of habitat in this perishable body, fill our hearts each morning with the awareness that our time here is fleeting, so that we might cherish the fullness of each day, in Christ name we ask these things. Amen

To learn more about this lenten devotional series, check out the post, My Spiritual Discipline for Lent for 2022 (Episode #60). 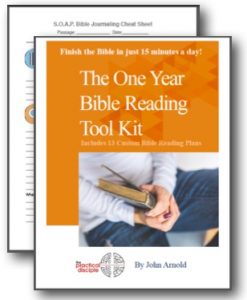 Lenten Devotional, Day 23, How to Stay Focused in Prayer (episode 83)